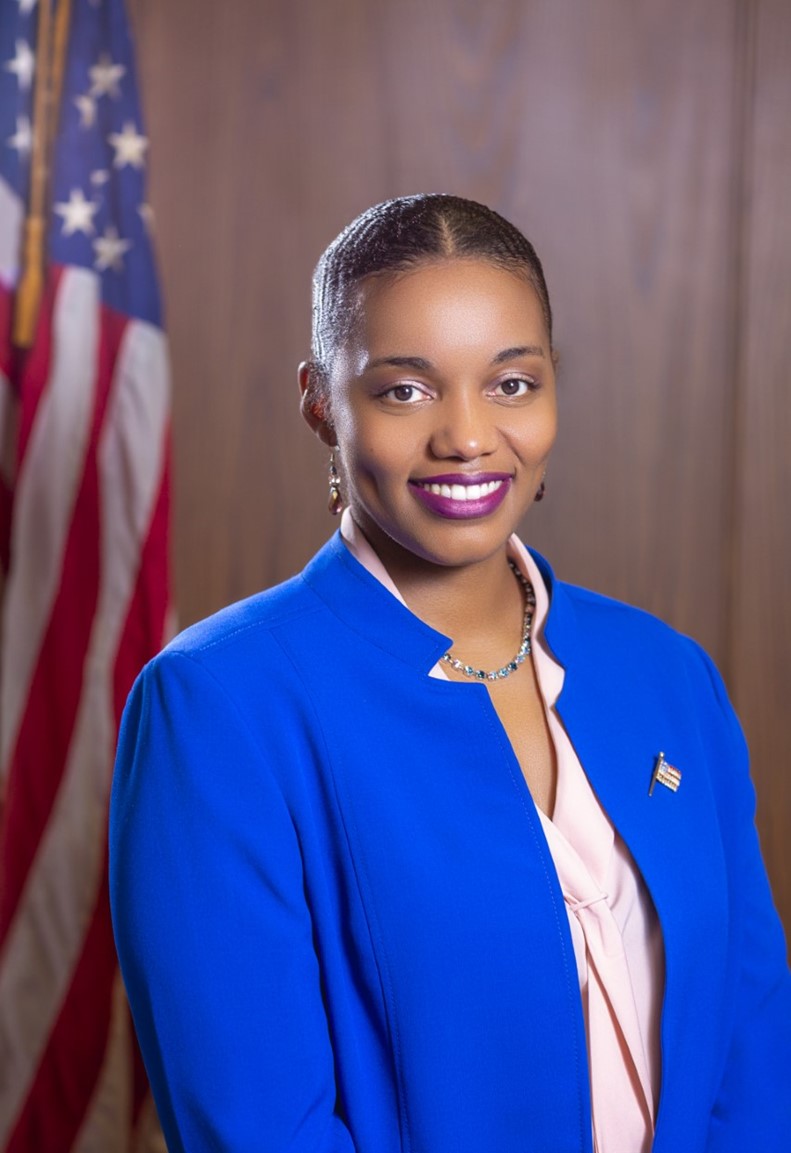 Mayor Dahlia Vertreese brings a strong background in public service and government to the Township of Hillside.

Mayor Vertreese has been a lifelong public servant. The child of a police officer and nurse, she was raised to become well informed of challenges and meet the needs of her community. Mayor Vertreese began her professional career in 2001 as a Labor and Employment Paralegal with Wal- Mart Stores, Inc. and subsequently with Grotta, Glassman, and Hoffman PC, before taking a position as Labor Relations Specialist for the Newark Public Schools.

Mayor Vertreese then transitioned to the classroom, teaching AP US-History/European, Sociology, Holocaust and Genocide as well as, homework center coordinator and literacy classes on Saturday mornings. Mayor Vertreese began her local public service after completing the AFL-CIO Labor Candidate School in 2015, which led to a position on the Hillside Board of Education, where she ultimately served as Board President.

While serving on the Board of Education, she engaged in a door-to-door grassroots campaign to become Mayor. Since taking office in January of 2018, Mayor Vertreese has unselfishly served the residents of Hillside. A few of her accomplishments include:

A believer in transparency, in March 2019, she presented the first "State of the Town" address in 16 years. Mayor Vertreese continued her efforts to inform the public by conducting Ward specific town halls and engages residents with her "Mayor on the Block" series. A staunch advocate for small businesses, she constantly promotes the Hillside Chamber of Commerce.

Mayor Vertreese's work in the labor industry is a testament to her intellect, commitment to working families and grounded approach to advocate for and promote good government. As an organizer and Labor Relations Specialist with Local 68 of the International Union of Operating Engineers, her day-to-day duties include managing grievances and arbitration with Business Agents who represent over 7,000 members throughout the State of New Jersey.

Mayor Vertreese is an active member of Zeta Phi Beta Sorority, Inc. and the A. Philip Randolph Institute. She currently serves on the New Jersey Labor Advisory Council and is a member of the Union County Central Labor Council and the Essex West Hudson Labor Council. Mayor Vertreese is a member of Metropolitan Baptist Church in Newark and is a graduate of the University of Arkansas-Fayetteville, where she obtained a Bachelor of Arts in Criminal Justice and History and a Master of Arts in Sociology. Mayor Vertreese is married to Derek and together they are the proud parents of three sons.